NegEnt is an innovative, health-enhancing product based on cannabidiol, made water-soluble by nanotechnological methods from dried inflorescences of light cannabis. The name and logo were created and registered by Prof. Tullio Scrimali; the orodispersible preparation, via the transmucosal buccal route, is an original acquisition, also developed by Tullio Scrimali.

The name NegEnt comes, by contraction, from Negative Entropy which, in turn, refers to the innovative and, in some ways, revolutionary model for the treatment of schizophrenia developed by Scrimali (Scrimali T.: Entropy of Mind and Negative Entropy. A Cognitive and Complex Approach to Schizophrenia and its Therapy. Karnac Books, London, 2008).

Schizophrenia and, in general, psychic distress, have been defined, by Tullio Scrimali, Entropy of the Mind, with reference to Thermodynamics, to indicate a condition of disorder of the brain and mind and, therefore, of any psychiatric disorder (Scrimali, 2006).
Every treatment in psychiatry, whether pharmacological, psychotherapeutic or rehabilitative, must aim to promote a condition of Negative Entropy. This premise led to the choice of the term Negative Entropy for the psychotherapeutic and rehabilitation protocol developed by Scrimali to treat schizophrenia and NegEnt Aromaterapico, a new cannabidiol product.

In order to introduce NegEnt into human and veterinary medicine, it has been necessary to address a series of organisational and, above all, legal issues, given that cannabidiol has only recently been introduced into the Official European Pharmacopoeia as a magistral Galenic Medication and that the regulations for its use are still in the process of being drawn up, with the result that the regulatory framework in Italy and Europe is not uniformly interpreted.

In order to make the new NegEnt product available to human patients and suffering pets, a product development process has been implemented, which is still in progress. The following forms of presentation and sale of NegEnt have been identified and are being developed through the following steps: NegEnt Galenic Magistral, NegEnt Medical Device, NegEnt Food Supplement, NegEnt Traditional Herbal Medicine and NegEnt Aromatherapy. The first four NegEnt creations are illustrated below, while the fifth, the Aromatherapy product, which is already on sale on this site, has its own page. 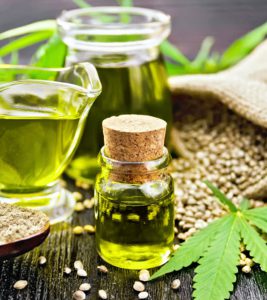